The opening film was followed by an Interactive Philippine Culinary Session with Filipino-German Chef Bulawan Callanta of Berlin’s AYAN Restaurant. The session included an Adobo Cook-off. The side event was sponsored by the Philippine Embassy in Berlin. 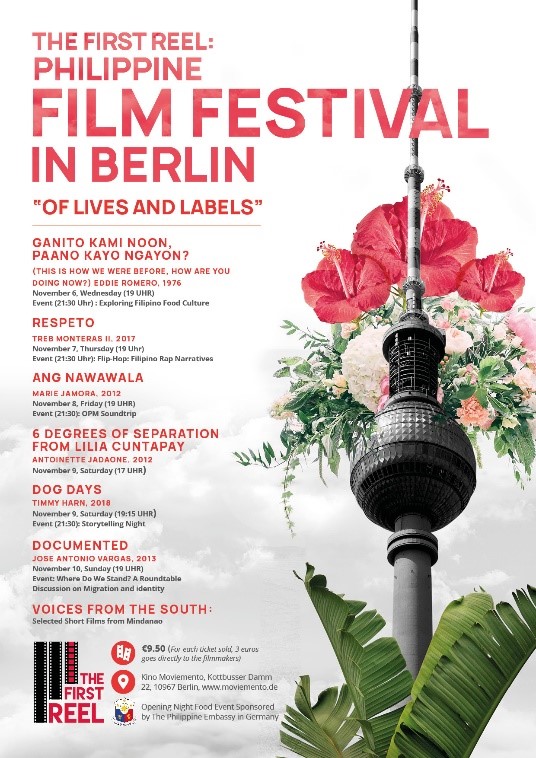 In a Welcome Message, Ambassador Theresa Dizon-De Vega lauded the initiative of Festival Director Lola Abrera and Film Programmer Trinka Lat for coming up with a platform to showcase the diversity and multiplicity of narratives in Philippine cinema. She promised more collaborative work with the First Reel Team in the future.

The festival with the theme “Of Lives and Labels” runs until 10 November at Kino Moviemento and features side events after each screening including a Story-Telling Session on November 9 co-moderated by the Philippine Embassy’s Consul Catherine Rose Torres.