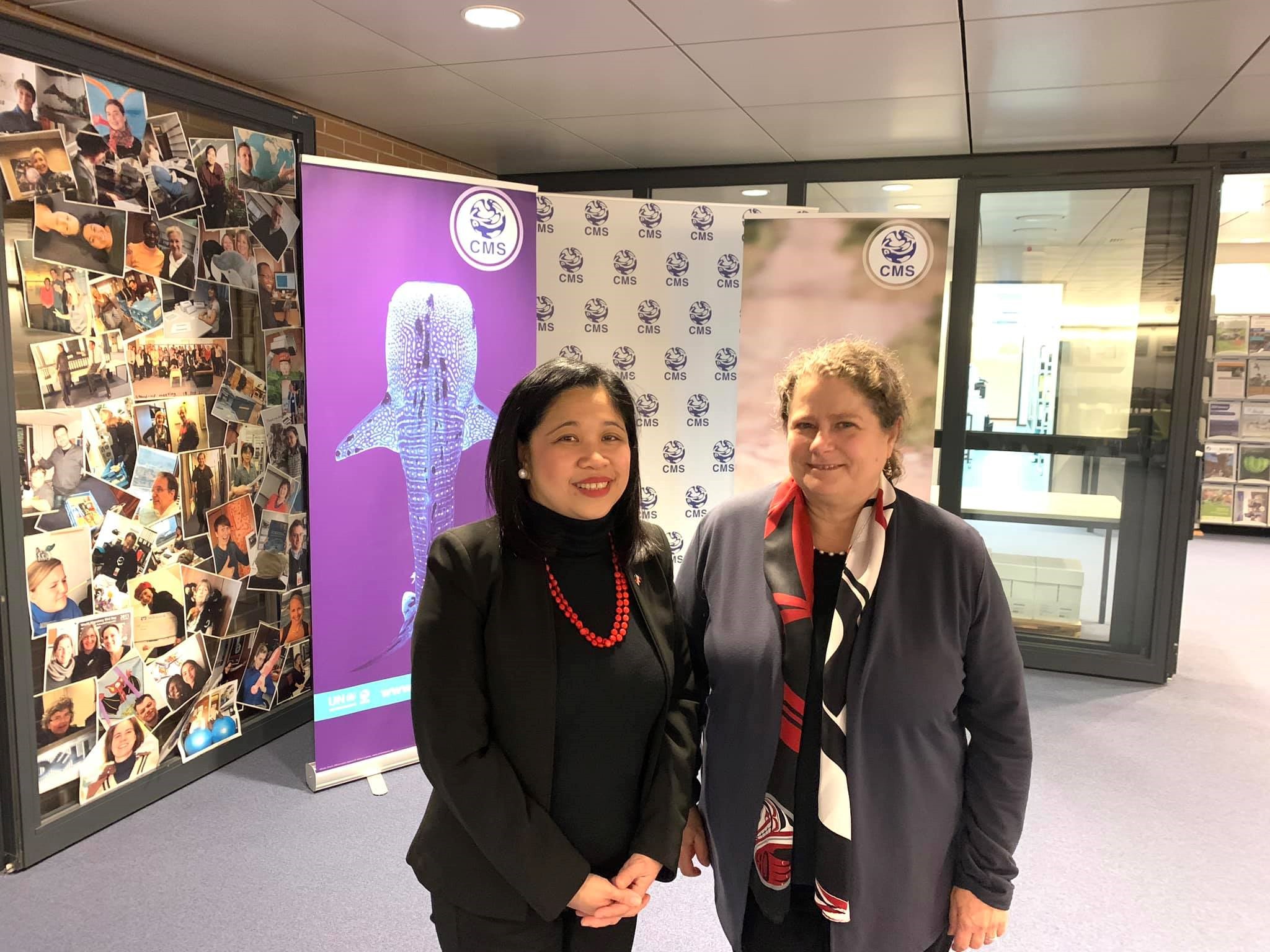 Amb. Theresa Dizon-De Vega with Acting Executive Director Amy Fraenkel of the Secretariat for the UN Convention on Conservation of Migratory Species at the UN Campus in Bonn, Germany (photo by Berlin PE)

Philippine Ambassador to Germany Theresa Dizon-De Vega met with Ms. Amy Fraenkel, Acting Executive Director of the Secretariat for the UN Convention on the Conservation of Migratory Species of Wild Animals (CMS) at the United Nations Campus in Bonn on 7 November 2019.

The meeting was held to discuss the transition of the Presidency of the Conference of State Parties to the CMS Convention from the Philippines, which successfully hosted the Conference in Manila in 2017 under the leadership of the Department of the Environment and Natural Resources (DENR), to India which assumes the CMS COP Presidency next year. The COP13 will be held in Gandhinagar, India from 15-22 February 2020.

Active engagement in the CMS is a commitment of the Philippines as part of its efforts to contribute to the protection and conservation of migratory species. END