Berlin. 23 October 2012. An information session on the Philippines as a business location for the German enterprises took place at the PricewaterhouseCoopers conference center in Potsdamer Platz, Berlin, on 28 September 2012.

The economic event was co-sponsored by the Philippine Embassy in Berlin, the Philippine Economic Zone Authority, the ZukunftsAgentur Brandenburg, PricewaterhouseCoopers AG, the media publication ASEAN Today and the German Philippines Chamber of Commerce and Industry (GPCCI). 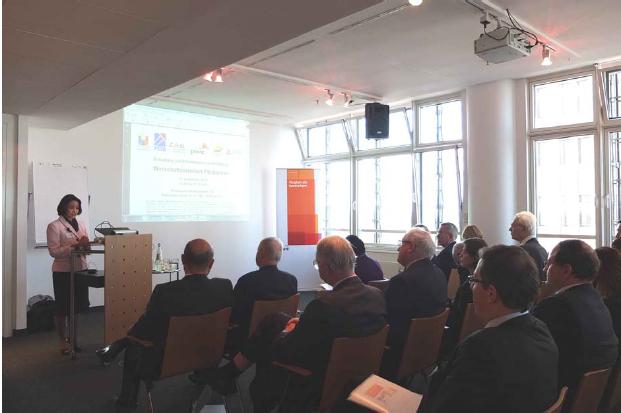 Thirty eight German business entrepreneurs, traders, consultants and representatives from government institutions listened to presentations on the Philippines as a prime business and investment location in Asia.

Philippine Ambassador to Germany Maria Cleofe Natividad noted in her welcome remarks that the Philippines to date is one of the strongest-performing economies in Asia, and that the country’s growth forecast is between 5 to 6% in 2012.

EZA Director General Lilia De Lima assures German investors that the government of President Aquino is committed to promoting the Philippines as an investment friendly country.

Dr. Lilia de Lima, Director General of the Philippine Economic zone Authority, delivered the key note presentation on opportunities for foreign investors in Philippine economic zones. Dr. de Lima also gave a presentation in Stuttgart on 27 September 2012 at an investment forum sponsored by GPCCI and Wirtschaftsrat Deutschland. In her presentation, Dr. de Lima noted that there are currently 281 companies operating in PEZA that are from EU countries, and 36 of these firms are German companies that specialize in the areas of air transport, electronics, garments and manufacturing. 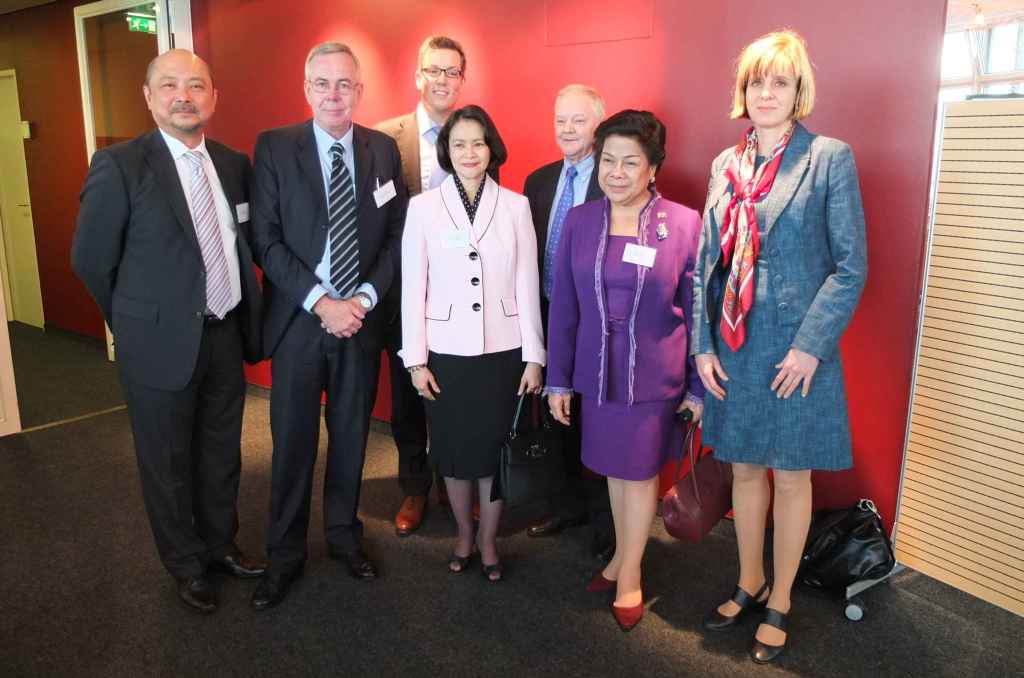 However, the Department of Trade and Industry has announced that it will end its trade and investment representation in Germany by year’s end. This will mean the closure of its Berlin office and the transfer of its Commercial Counselor to another post. Members of the German business community in Manila and other prospective German investors have expressed serious concern saying that the closure would impact negatively on the renewed German interest to do business in the Philippines.

As the Philippines receives greater attention from foreign investors, Director General De Lima and Ambassador Natividad agreed that this is not the time to be absent from the scene. Rating agencies such as Standard & Poor, Fitch and global financial institutions such as Credit Suisse, Bank of America-Merrill Lynch and Deutsche Bank gave positive growth forecasts for the Philippines, at a time when most economies in Europe and Asia face slower growth prospects. It is believed that once the Fraport issue is resolved, the floodgates of heightened investment flows from Germany will literally be opened and in the process generate more jobs and export earnings for the country. (END)